I'm instituting something I'd like to call, "Weird Thing Wednesday". My inspiration behind this? I have a number of quirks and oddities about me, and there's nothing better than making fun of yourself. Also, I enjoy alliteration.

Today's topic, in this maiden voyage of "Weird Thing Wednesday", is Starbuck's. 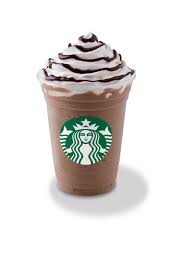 I confess, that this afternoon, I drank my first Starbuck's coffee.

(Ironically, I just turned on Austin Powers: The Spy Who Shagged Me, and had totally forgotten that Dr. Evil had invested in Starbuck's. This movie was made in 1999.  When I was 13. Sidenote: I wonder Mike Myers had more fun as: Austin Powers or Dr. Evil.  They're so different, sometimes I forget that they were both played by the same guy.)

Focus back in now.

But Tracey, you ask, how have you gone 32 years of life without drinking Starbuck's?

-I'm allergic to milk
-It's expensive
-I don't like coffee
*In fact, we didn't even own a coffee pot until a friend bought us one because he was tired of not having coffee when he came over.
-I choose to buy other items from Starbuck's when I visit, like Passion Tea Lemonade (praise Jesus!) and cake pops (hallelujah)

I know what you will ask next.  "So then, what brought you to the dark side?"

-Free samples at Target
-Remembering the Jamocha Shake from Arby's
*This was (is?  I don't know if they still serve it.  I don't even know if Arby's is still around.  Anyone?  Do they still have the meats?) the best milkshake ever, but it is also what aggressively  helped me discover my milk allergy.  This and DQ blizzards. Ooh, those were some bad times in the Dairy Queen bathroom in Edmonton.  But I digress.

And the last questions of course, are "What did you drink and what do you think?"

NO ONE TOLD ME ICED COFFEE WAS BASICALLY A CHOCOLATE COFFEE MILKSHAKE.  IT WAS FREAKING DELICIOUS.

I'll suffer for it later, it's true.  But holy cow.  If I hadn't been so anti-trendiness in high school I could have been enjoying this for years.  And also weigh more than I weigh now.  And have severe digestive issues.  You know what?  Not worth it.  But it was way better than I expected.

And yet, the glorious drink has one major flaw.

It's nearly impossible to spell.  And for those that know what a grammar Nazi I tend to be, this is an unforgivable sin.  If I could bring myself to shorten words like a good millennial, I would just call it a "frap" and be done with it, but that makes me cringe.  It's not "presh" to shorten words that are not that long to begin with.  JUST STOP IT.

I'm not about to pay $5 a day for something that will tear apart my insides, but I sure as heck will be looking out for more of those Target free samples.  And you can look out for another "Weird Thing Wednesday" next week.